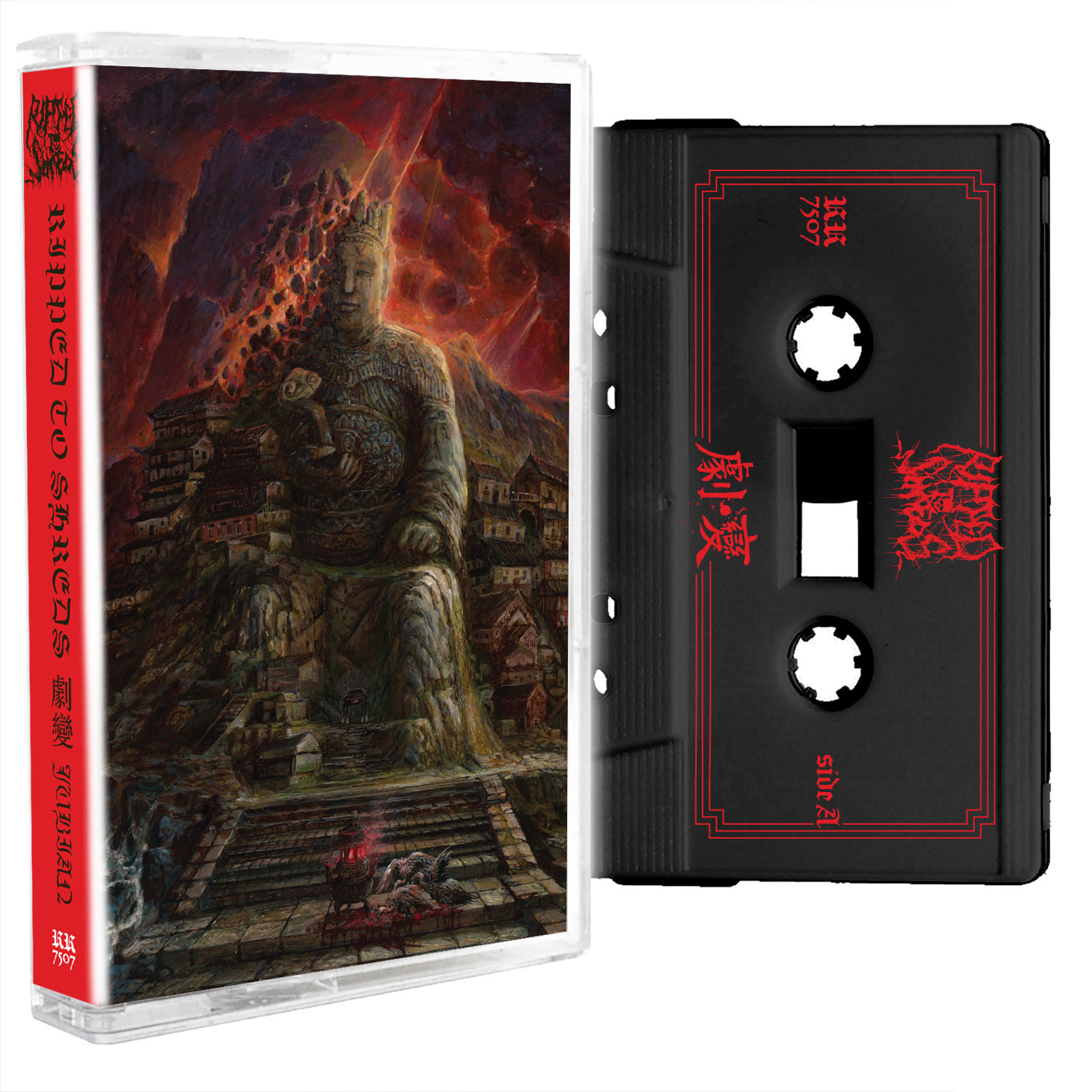 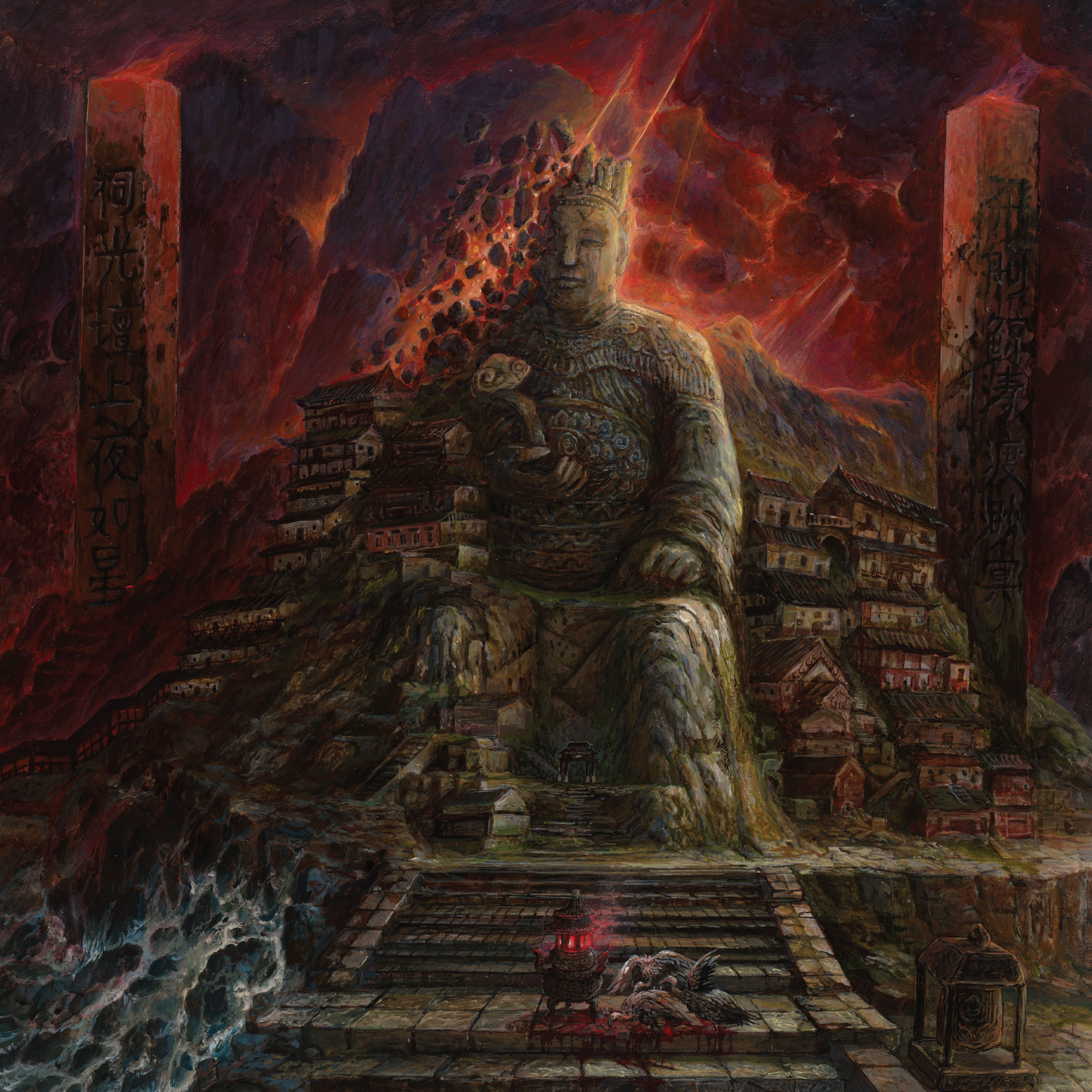 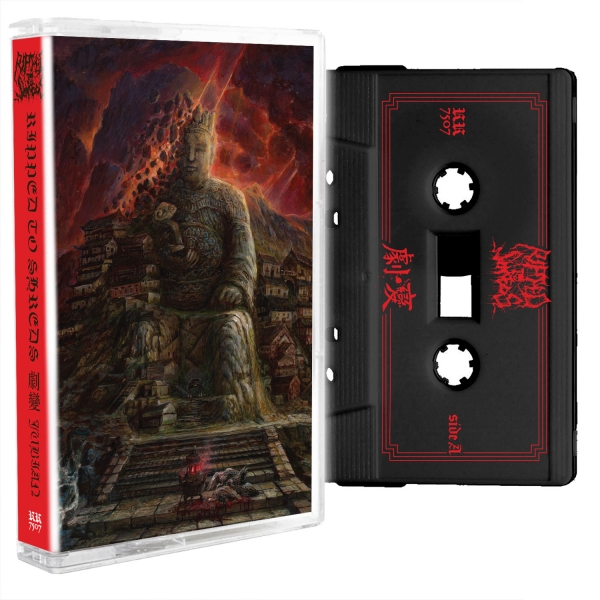 Led by guitarist/vocalist Andrew Lee, RIPPED TO SHREDS emerge from the West Coast underground with their ferocious new album, 劇變 (Jubian). The death metal trailblazers unleash their most fully realized and visceral work yet. Recorded, mixed and mastered by Lee in his home studio, 劇變 (Jubian) proves to be RIPPED TO SHREDS at their most focused and refined.

The album bursts wide open with “Violent Compulsion for Conquest,” an elegantly dark, new kind of chainsaw sound teeming with acidic vocals gnashing out lyrics inspired by the Mukden Incident. From its lightning-flash solos to those immensely killer echoing “Ough!”s, this absolute scather, according to Lee, was born to lead. Elsewhere, longtime RIPPED TO SHREDS fans will find the latest chapter of the ongoing ‘Sun Moon Holy Cult’ saga to be its most thrilling episode thus far. One of the album’s most impressive and catchiest tracks,“漢奸 (Racetraitor),” represents that “straight-up melodeath” banger Lee says he’s always wanted to produce while also giving vent to his experience as a minority in America. The charring “Reek of Burning Freedom,” Lee says, is “an anti-war song” that incites to remind its discerning listers of the the United States’ “indiscriminate bombing” campaign waged on North Korea during the Korean War.

All of the intensity of power coursing through 劇變 (Jubian) is somehow perfectly captured and rendered by Chinese artist Guang Yang, who also painted the cover of the last RIPPED TO SHREDS album. The statue on the cover is Mazu, the Taiwanese sea goddess. The setting of the painting was inspired by several of the local temples Lee has visited in Taiwan. “I felt like it was important to have something standing in for Chinese people," Lee says. The cultural context and impact of RIPPED TO SHREDS as a Taiwanese-American band cannot be understated; Lee declares that a driving force behind RIPPED TO SHREDS has been “to increase the visibility of ABCs [American-born Chinese] in extreme metal by being very blatantly Chinese."

It’s not about taking over. With 劇變 (Jubian), which translates to ‘upheaval,’ RIPPED TO SHREDS make their intentions clear. 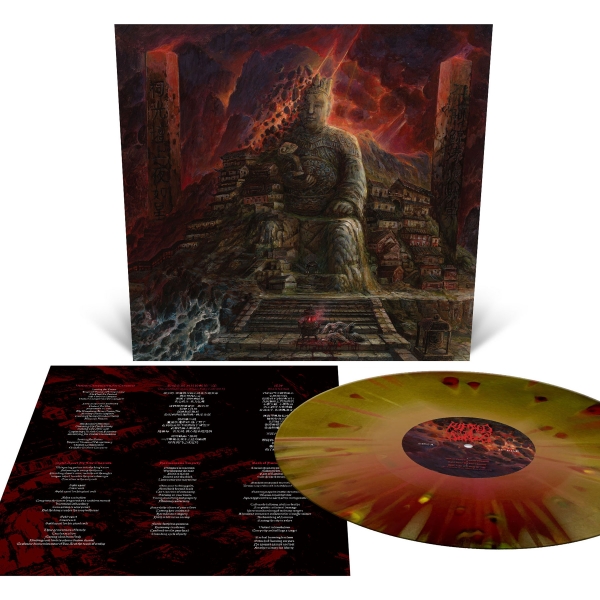 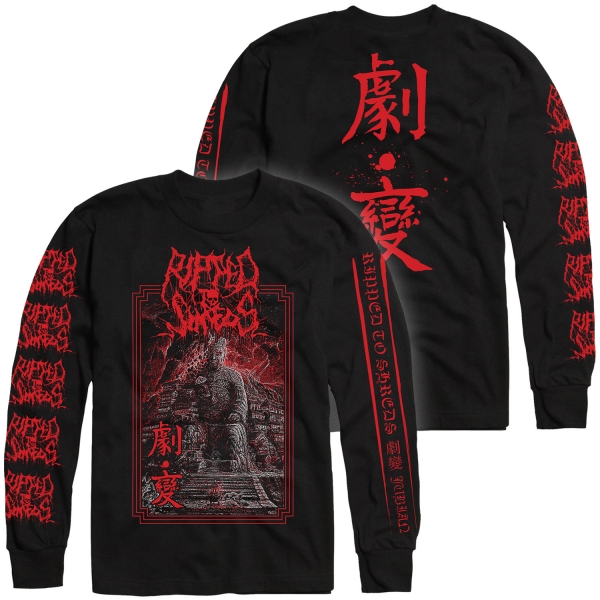 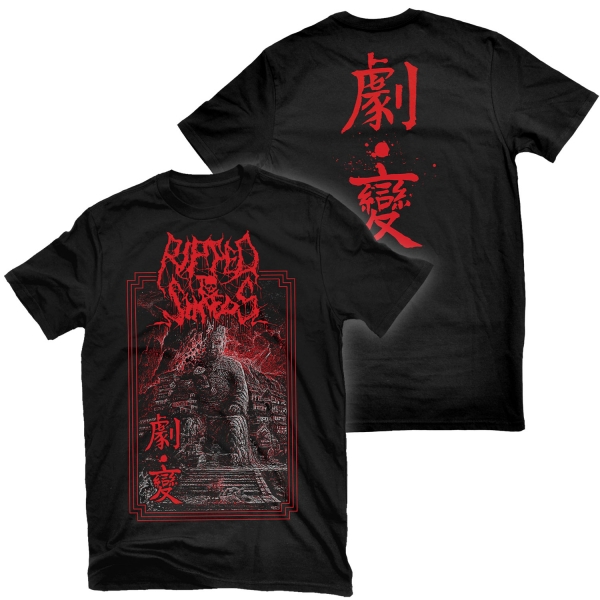 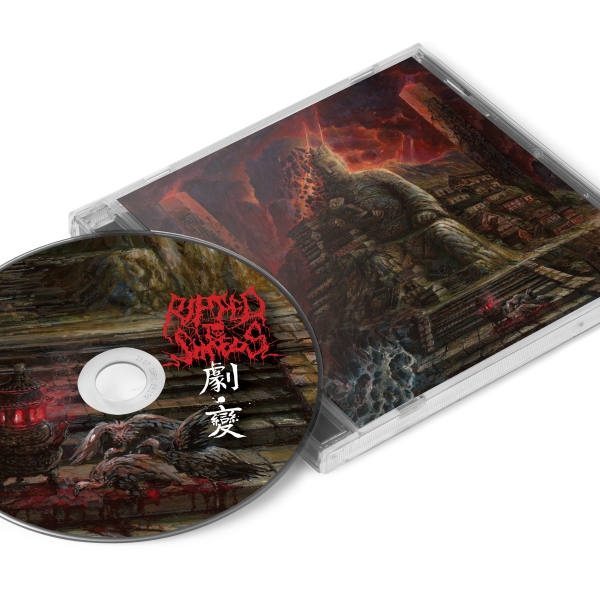